I have Mauritian heritage, born in the UK to Mauritian parents. If you know or have had the pleasure of visiting Mauritius you will no doubt be struck by its beauty both of its stunning coastline and beaches, mountains, but also by its people. There are no indigenous people of Mauritius, we are as a result of colonialism an amalgamation of so many vibrant cultures – Indian, African Kréole, Chinese, Portuguese, Dutch, British and French to name but a few.

My family are a mix of Kréole and Indian Mauritian heritage. Like many Mauritians that were invited by the UK government in the 1960s and 70s to work in the NHS, my parents when they emigrated brought with them all their knowledge from home. Living on a tropical island affords Mauritians access to a large variety of flora and fauna, fresh fruit and vegetables. So, recipes, traditional remedies and a few old wife’s tales thrown in for good measure came as part and parcel of my upbringing in the UK.

Born and raised in a white middle class suburb I grew up knowing no different, I just thought this was just the way things were. We would eat a what I would term ‘Western’ food pasta, etc out of convenience, but the majority of the time, food was home cooked, and traditionally Mauritian. I have no idea how my parents managed this, both working full time as health professionals.

Reflecting back on that period of time growing up, my brother and I used to hate being dragged around all the Asian supermarkets in Rusholme Manchester on a Saturday. Why couldn’t we just go to Sainsbury’s like everybody else? We would come home with all sorts in the shopping basket…fresh sugar cane, plantain, chayote, bitter gourd, bottle gourd, ginger fresh turmeric, curry leaves, chillies and all kinds of greens… nothing you would ever see in a regular supermarket. The car ride home always smelt heady and vibrant, and although we bemoaned the hours it took, we loved the resulting weekend feast.

We would eat a meat or vegetable curry or stew with rice on the side, accompanied lentils or dhal, perhaps rotis and heaps of greens always with most meals. I remember asking mum why we didn’t have ‘normal’ food like all my friends – the staunch reply was always – because it’s good for you.

My dad has Type 2 diabetes, and often we ate bitter gourd and kale. Whist I really turned my nose up at this at the time, I now know that bitter gourd has several Phyto-chemicals that have shown to have insulin regulating properties.

If you got teenage breakouts it was turmeric to reduce inflammation mashed into a paste with neem leaves (feuille lila) and applied to the face- this was met with particular resistance from my teenage self!

For headaches, I remember in particular at exam time, sitting on the floor in front on my mum whilst cold castor oil was poured onto my scalp and gently massaged in. Pressure points were found, and hair gently tugged to release tension. Mum said the pain would ease, and inevitably it did. It’s still one of the first things I ask my mum to do for me when I see her.

As I got older, I left home, went to university, and got my first graduate job. During that time I drifted away from what I knew regarding traditional Mauritian food…with a busy work and social life, I felt I had no time to waste on preparing meals for just myself… and to be honest, there was a desire for me to fit in and be ‘normal’ like my housemates. The next few years past in a blur, I had an extremely successful career, and I worked incredibly hard. I met my now husband and we had our first child. My parents would always say that I needed to slow down, eat properly – ‘make some black lentils’ mum would say – even gifting me a pressure cooker as if to remove any excuses I might have had! Looking back on photos from that time, I was looking tired, and drawn. At the time I put this down to juggling work and motherhood. It wasn’t until my husband and I embarked on an expatriate assignment to southern India, that I had an unexpected re-acquaintance with my Indian roots. The subsequent four years spent living in India are where I learnt yoga and fundamentally re-discovered my heritage rooted in Ayurveda.

Upon arriving in Bangalore, I discovered I was pregnant with our second child and I knew that I’d need help with two children under the age of two at home.

We had the pleasure and privilege of having three wonderful ladies Rathna, Hema and Nagamma help us settle into India and help raise our children.

Our cook Hema would often whip up dishes that were so similar to mums cooking, that it felt like I was coming home.

Hema, Rathna and Nagamma re-invigorated my passion for cooking and ayurvedic nutrition. We looked at Viyras – which foods would generate heat in the winter – root vegetables like carrots, potatoes, turnips bring a heating effect to the metabolism and recipes using cooling foods such as buttermilk, aubergines, curd and bananas providing welcome respite during the blistering hot summers.

The lack of availability of convenience food meant that all the fruits and vegetables were seasonal and grown locally. (I hasten to add with the burgeoning prosperous middle class and dual earner households, as in the West, this is rapidly changing).

I remember after the birth of our second child Rathna having a heated discussion with Hema about the food I needed to eat to help me recover – certain foods for increasing lactation for breastfeeding, others needed to be avoided to reduce the risk of colic. Everyone had their own particular recipe of what was best and when it should be given. I also had, on advice from my consulting obstetrician, a massage with pure unscented oils 24hours after giving birth. A little indulgent you might think? A teeny bit Real Ex-Pat Housewives of Bangalore-esque? No, this is standard practice. There are many benefits outlined in Ayurveda regarding abhyanga – its purpose is to stimulate the lymphatic system, eliminate toxins and in my case, increase circulation and promote lactation.

I feel the need here to say, that advice or guidance wasn’t dispensed solely by women or anecdotally. If you went to see your doctor or a paediatrician, this guidance was offered alongside any medication that might be required. For example, if you had a cold, avoid drinking milk or dairy products because of the production of mucus or phlegm. Do saline nasal irrigation to clear the nose etc. Initially, I was sceptical, but living within this culture which was so similar to my heritage and (obviously) doing my own research over the years has helped me to understand that Ayurveda isn’t a replacement of conventional western medicine, rather the two can and should sit side by side.

Consuming dairy products doesn’t necessarily contribute to the over production of mucus in the body. However, because milk is an emulsion, when mixed with saliva, droplets cluster together in what’s known as flocculation. It also occurs with soy milk. It’s this sensation in the mouth and throat that people tend to assume is mucus even though it technically isn’t.

Clearing the nasal passages with a neti pot has long been used in Ayurveda as part of a daily kriya or cleansing routine. If you have had young children with a cold, you have probably had the joy of trying to get little ones to do this with a saline spray – not for the fainthearted. Nasal cleansing with sterile saline water was also recommended to ease congestion. The benefits of nasal cleansing are well documented, and I tend to practice this in the winter months to relieve cold symptoms, you will find this advice is now routinely given by General Medical Practitioners in the UK to alleviate congestion. You might be directed to a fancy saline spray, but it’s basically the same thing.

Fast forward four years of being immersed in India, and it was time to come back to the UK.  Saying it was a shock to the system was an understatement. So many of my expat friends had warned me that repatriating was the hardest part of the assignment, I never believed them. They were so right.

I came back to the UK, settled and found that yoga and associated aspects of well-being had become BIG business in the four short years I had been away. Social media was flooded with influencers jumping on to the latest trend… turmeric lattes, paleo, so-called superfoods, clean eating, raw foods and even no food?? Everywhere I looked there were gluten free pastas, pre-packaged muesli, energy balls and kombucha – all promising to fill me to the brim with health and vitality.

It struck me that in the busyness of our western lives, many of us are looking for that quick fix, that magic bullet to cure all our ills. I can tell you simply that this doesn’t exist.  Gluten free pasta is made with refined flour, and most packaged muesli is highly processed. Kombucha is actually incredibly high in sugar, and if you want an energy ball, you may as well eat an Indian cake laddu.

The turmeric latte or golden milk has been drunk for hundreds of years in India as a way of alleviating symptoms of the common cold it’s called Haldi Doodh. It costs pennies to make but we’d pay over the odds for it, because it’s from a particular health food shop, or an influencer is drinking it!

The current increase in vegetarianism and veganism is amazing from a health and environmental perspective. But those that believe it is in line with Ayurvedic principles are sadly mistaken. This is simply because not everybody’s constitution is suited to it and Ayurveda treats us as individuals not as one size fits all.

I honestly believe that we need to re-learn what we seem to have forgotten, eating and nourishing our bodies based on our individual needs, and intuition rather than what seems to be trending.

In other words, Ayurveda is not simply about taking an herbal formula and waiting for the results. Instead, Ayurveda encourages you to be an active participant in your own journey toward healing. This involves learning about your constitution, the food you eat and your daily routine.

Whether you choose to make a couple of small adjustments or choose to embrace it in its entirety remember to be patient and persevere as you make these changes. The body changes with the seasons and evolves at its own pace, so watch and observe with kindness. Some changes may be long lasting, others only for a couple of months, be prepared to adapt according to how you feel. The most important take home for me is this, the changes you implement should feel positive, natural and meaningful. 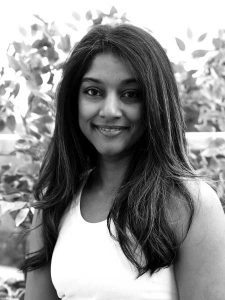